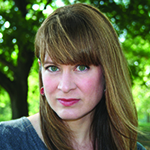 Angela Pneuman is the author of a book of short stories, Home Remedies, and a novel, Lay It on My Heart (Houghton Mifflin Harcourt). Her work has also appeared in Best American Short Stories (2012 & 2004), Ploughshares, the Los Angeles Review, Iowa Review, Virginia Quarterly Review, New England Review, Glimmertrain, The Believer, and elsewhere. She is fiction writing lecturer at Stanford University and a writing consultant in the California wine industry. Angela has received the Stegner Fellowship from Stanford, the Presidential Fellowship from SUNY Albany, and the inaugural Alice Hoffman Prize for short fiction from Ploughshares. She holds an MFA in writing and a PhD in literature.

Catherine Thorpe is a writer, book researcher, technology consultant, and recovering journalist. Her travel pieces have appeared in Travelers’ Tales: Italy and other publications. She received an MPhil in literature from Trinity College in Dublin, Ireland. 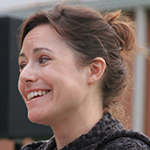 Charlotte Wyatt is an MFA candidate in fiction at the University of Houston. She is the recipient of a 2018 Inprint Donald Barthelme Prize for fiction, and is the 2017-18 Inprint/Creative Writing Program Fellow. She has served as a Fiction Editor for Gulf Coast: A Journal of Literature and Fine Arts and has taught fiction in Houston with Inprint, the Boldface Conference, and WITS. Charlotte joined the Napa Valley Writer’s Conference in 2016 as Director of Admissions and has been known to coordinate community housing. She is very excited to send even more emails as the Fiction Director this year! 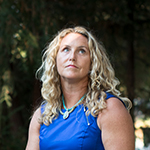 Iris Jamahl Dunkle is the 2016-2018 Poet Laureate of Sonoma County. Interrupted Geographies, published by Trio House Press, is her third collection of poetry. It was featured as the Rumpus Poetry Book Club selection for July 2017. Her debut poetry collection, Gold Passage, was selected by Ross Gay to win the 2012 Trio Award. Her second collection, There’s a Ghost in this Machine of Air, was published in 2015. Her work has been published in numerous publications, including Fence, Calyx, Catamaran, Poet’s Market 2013, Women’s Studies and Chicago Quarterly Review. She received her BA from the George Washington University, her MFA in Poetry from New York University, and her PhD in American Literature from Case Western Reserve University, and currently teaches at Napa Valley College. 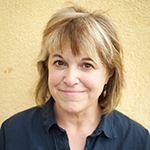 Nan Cohen is the author of two poetry collections, Rope Bridge (2005) and Unfinished City (2017). Her work has appeared in magazines and anthologies including Ploughshares, Poet Lore, Poetry International, The New Republic and Slate. The recipient of a Wallace Stegner Fellowship, a Rona Jaffe Writer’s Award, and a Literature Fellowship from the National Endowment for the Arts, she lives in Los Angeles and teaches at Viewpoint School and the UCLA Extension Writers’ Program. 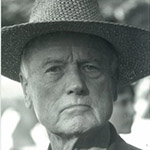 John Leggett’s biography of William Saroyan, A Daring Young Man, was published in 2002. A former editor with Houghton Mifflin and Harper and Row, Leggett — known to us as Jack — was Director of the Writers’ Workshop at the University of Iowa for 17 years and co-founded the Napa Valley Writers’ Conference, which he led for 28 years. After retiring as director, Jack and his wife continued to host the welcome lunch for faculty and staff and attend conference events every year. He died in 2015.
Read a tribute written by director emeritus Anne Evans 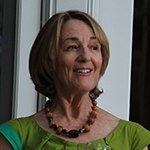 Anne Matlack Evans received her MFA in fiction from Bennington College, and teaches writing and literature. Her fiction has appeared in Eclipse and Memoir (and); her nonfiction in the San Francisco Chronicle and the Ruminator Review. 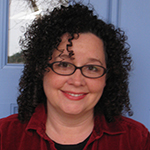 Andrea Bewick is a graduate of the University of Iowa Writers’ Workshop and was a Wallace Stegner Fellow in Fiction at Stanford. She was a runner-up for the Nelson Algren Award, and her fiction has also appeared in American Short Fiction and Epoch. She teaches English at Napa Valley College.